Can Art by Keith Greiman. Photography by Bill McGeeney.

Bill McGeeney here from Round Guys Brewing Company! Let me tell you about a beer named Transmission!

What is a New England India Pale Ale (NEIPA)?

The origin story of the New England India Pale Ale (NEIPA) is about as unique an American creation as one can find. From what started out as chosen process consideration, the Vermont driven hazy revolution turned the standard issue West Coast IPA on its head, shifting hop influence from the front, to the back of both the beer and the process.

Hazies, like Transmission, thrive on late addition hops which in turn, lacking the violent and vigorous destruction of bitterness hops, extract a more subtle bitterness and a more dynamic fruit character. Thus, its rare that you’ll come across an extremely puckering hazy IPA.

At 5.1% ABV and 31 IBUs, this sessionable ale is an excellent starting point for both your day, and for introducing India Pale Ales to a friend, relative, or…er partner who may be scared of India Pale Ales.

It’s medium – light in body, using a blend of citra, simcoe and eureka hops to build a mild citrus and light berry hop character. Flaked wheat adds to a pleasant texture and haze.

This is a regular go-to of mine come summertime. It’s just a great beach beer, or one for campground! 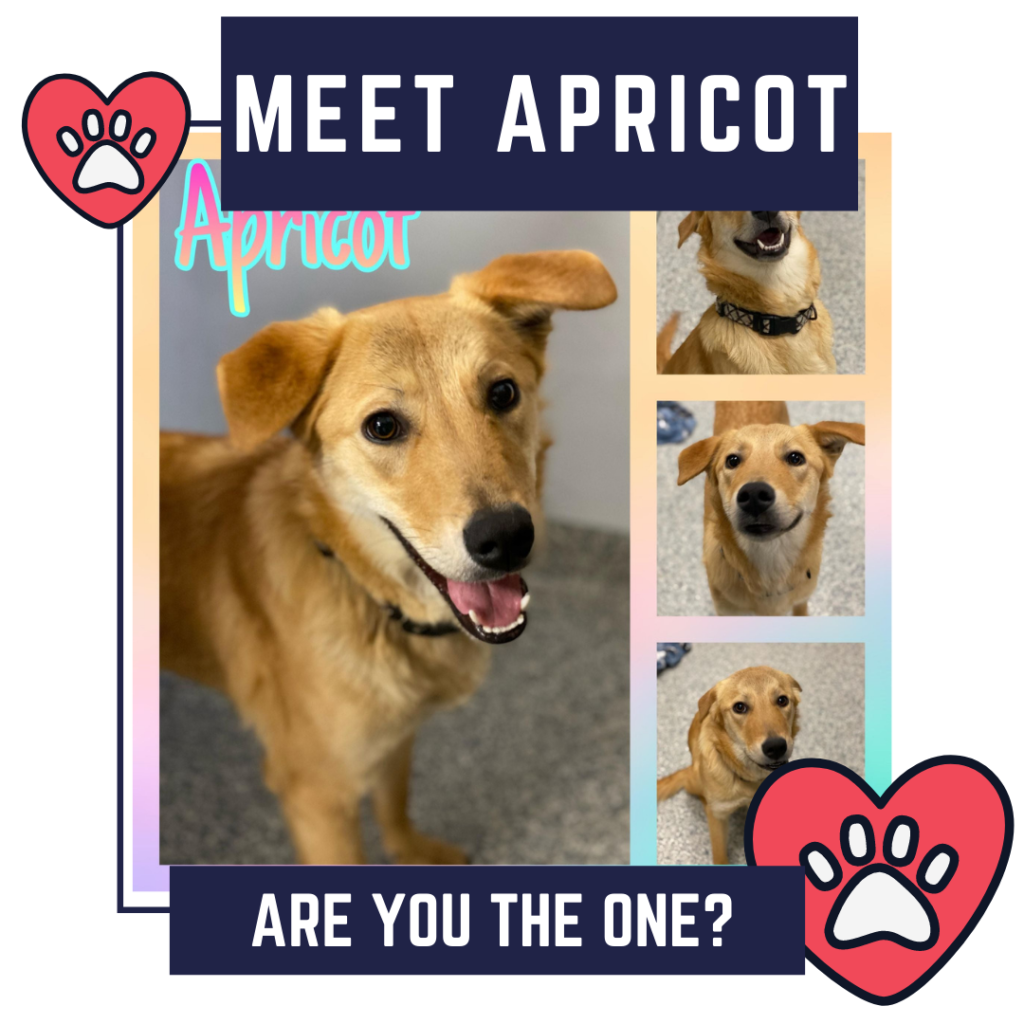 We Found Your Next Best Friend!

Adopt Apricot Today and receive a FREE 12 oz pour on your next visit with the pup!

Sweet Apricot is as cute as her name!This girl has the sweetest temperament – she will jump up and literally hug you with her whole body.

Apricot does have a pronounced (grade IV) heart murmur but it does not appear enlarged on x-rays and her enzymes are still in the normal range. She would do best seeing a veterinary cardiology specialist and seeing if any medications are warranted to slow down or stop any damage from occurring. For this reason one of our board members will be sponsoring her adoption fee for an appropriately qualified home to offset this cost.

Learn More about Apricot and our friends at Dogtown Rescue!